Beginner's Guide to QAnon and The Great Awakening


What is Q and QAnon?

I've compiled a beginner's resource guide to Q and QAnon to let you make up your own mind. The resources on this page are presented in the order from simpler to understand to more detailed in each of the sections. Links to Videos/Movies . Articles . Books

You can read through all the Q posts at qanon.pub or qalerts.app

I started following Q when the first Q drop happened in October 2017. (Note: Pizzagate was October 2016, one year before Q ever came on the scene.) At the time I had been following Jordan Sather on Youtube for Secret Space Program information for a while, and he reported on the Q drops when they started happening. Jordan's videos and accounts have been censored from 16 different platforms, including Youtube, Facebook, Twitter, Instagram, Paypal and Mailchimp, when he has never violated any terms.

Another person I started following the summer of 2018 was Martin Geddes after he wrote "WWG1WGA - The Greatest Communications Event in History". Martin has been censored from Medium, Mailchimp, Dropbox, Youtube, Twitter and Patreon, and like Jordan Sather, did not violate any terms. You have to wonder why big tech is out to silence people when nothing these people have said is violent or hateful. Martin is very intelligent and his writings and analysis are logical and even-keeled, which I really appreciate. I've linked to several of his works here.

Martin Geddes linked to an interesting Political Compass test. Here are my results. Others in the Q community also took the test and posted their results. Most appear to fall in the green quadrant close to me or closer to center. Does it look right-wing? (For the record, I don't drink, smoke, do drugs, have never been arrested and have never even gotten a speeding ticket in my life. I supported Bernie Sanders in 2016. If I were to support someone other than Trump for President now, it would be Ron Paul or Cynthia McKinney.) 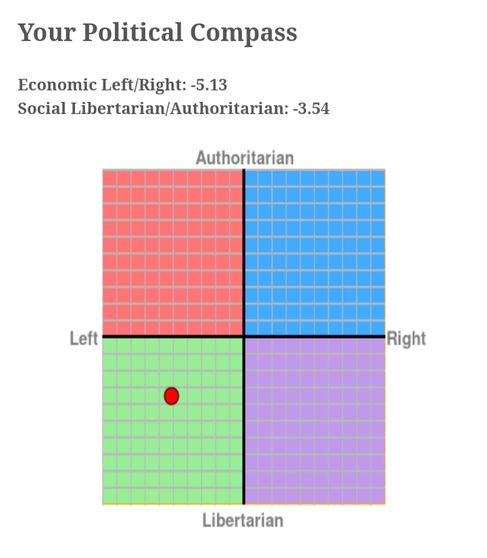 Twitter and Facebook continue to purge thousands of Q followers and groups from their platforms. Please go through the resources on this page and make up your own mind on what the Q movement is about. To me, Q post #3613 is one of the most important posts, and the essence of this Q drop has been posted by Q several times.

The media calls #Q a cult group that believes in Satanic Sex rings, vampires and inter dimensional beings. I searched #QAnons posts and found Zero mention of any of those things. ZERO. The media lies to hurt @realDonaldTrump #FakeNews #qanon pic.twitter.com/iVjJ4lF0pJ


At the bottom of this page, I have included videos of people in the Q community from around the world. The Great Awakening movement is made up of every day people from all over of the world who want love, peace, truth and justice.

This is what Q stands for (by Julian's Rum):

There are hundreds (possibly thousands) of articles about QAnon out there, all journalistically similar, all negative. I challenge anyone to find a mainstream news piece, especially one that comes up on the top pages of Google search, that reports on Q and QAnon without using any of these negatively biased words.

Please read these two posts if you'd like more information about where I'm coming from: My Support for President Trump and Save The Children - Worldwide Child Sex Trafficking, Pedogate and Pizzagate.

Q - The Plan to Save The World by Joe M (13 minutes long). This video has been CENSORED from Youtube.

Martin Geddes discusses his 10 essays on Q with Robert David Steele (1 hour long). This video has been CENSORED and taken off by Youtube as well.

Ultimate QProofs - Volume 1 by Conspiracy No More - Lawrence Druce (2 hours long). This video was censored from Youtube. This anon spent over 5 months compiling and creating a video of Q proofs - proofs that show Q is linked to President Trump and that it is most likely a military intelligence operation. While you're watching, keep in mind the idea of "How many coincidences before mathematically impossible?".

Fall of the Cabal by Janet Ossebaard (3 hours long). This is a 10 part series documentary done by a researcher in the Netherlands. Part 5 is being repeatedly censored off of Youtube (for the same reason as Pizzagate). The entire 10 parts are featured here in one video. Bitchute link here in case you can't view it. (Viewer discretion is advised. Some parts not suitable for young children.)

JFK to 9/11 - Everything Is A Rich Man's Trick, a 2014 documentary film by Francis Richard Conolly (3.5 hours long). Not Q specific. (Note: Youtube has repeatedly removed this video.)

"The media is not curious, they are afraid. Media sleuths could have learned as much as I have in a few hours of writing this article, yet they chose not to. As Q posted, “Research for yourself.” Why are the media afraid? Are they complicit in the crimes and corruption Q hints at, perhaps knowingly?"

WWG1WGA - The Greatest Communications Event in History by Martin Geddes

"Having applied all of my integrity, intellect and insight to researching the matter, my belief is that we are witnessing right now one of the greatest communications events in history. Indeed, it is arguably the singularly greatest. So, what is this event, and why does it deserves this extraordinary description? The answers are to be found in how the (Western) mass media has been trapped by the most exquisitely constructed double bind."

An "Introduction to Q by Deborah Franklin at American Thinker

"Who is Q? What is Q? And, perhaps most importantly, why is Q? Q and the ever-growing worldwide movement it’s inspired have been the objects of fascination, mockery and hatred, but of surprisingly little serious analysis."

"It’s interesting to note that shortly after my article was published here, American Thinker suffered a series of unprecedented hacking attempts. Also noteworthy is that Twitter permanently shut down the account of Zero Hedge, a popular finance blog, two weeks after it posted my article."

"Corruption is a widespread phenomenon. Anti-corruption initiatives have a long history. Multinational business has been a thing for centuries. That there might be a coordinated multi-country corruption purge should not be a matter of great controversy. It is the confluence of so many simultaneous major scandals that is what gives #TheStorm its moniker and "black swan" outlier status. It will sweep away some compromised institutions, and put many previously untouchable people in jail."

QANON - The 4 Functions of Q by Martin Geddes

"I was recently asked to summarise "what is Q?", and came up with four core functions that this military intelligence program implements for these extraordinary times."

What if #Q, #QAnon and #TheGreatAwakening are Real? by Robert Patrick Lewis at Heroes Media Group

"By this point you may have heard Q mentioned online, whether in conservative circles or somewhere in your social media feed. You likely didn’t pay too much attention to it, as many of us have known for a long time that nefarious, shady and corrupt elements exist within our government. If you’ve looked into anything regarding The Clinton Foundation you probably made a reasonable guess that she had been likely selling her presidency since her time at the State Department, but perhaps you didn’t go much further down the rabbit hole to see exactly who she was selling favors to, nor what those favors were."

President Trump, JSOC, QAnon & The Plan to Save the World by Robert Patrick Lewis at Heroes Media Group

Martin Geddes On Q - Ten essays on #QAnon. Follow my learning journey over two years and make up your own mind. by Martin Geddes

"Q is Military Intelligence (so pay attention) [14 May 2018] - This is a war for credibility and legitimacy, with the battle now emerging from the shadows into the public eye. It doesn’t really matter what you think of Trump or his administration per se, because this is not “politics” as you’ve come to know it. There is de facto a military government in the USA right now running the show, fighting the “deep state” shadow government. It maintains a civilian facade for show, to avoid panic and societal meltdown."

Qanon And The Great Awakening by Michael Knight 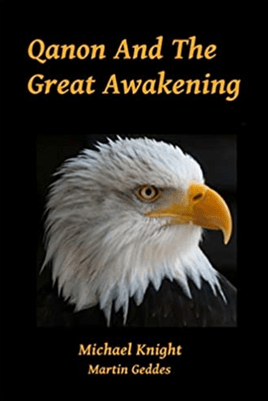 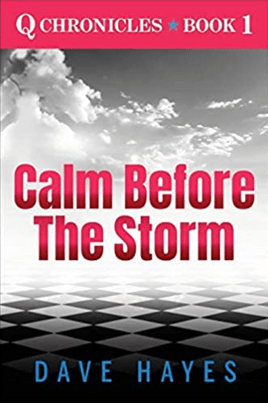 Kid by the Side of the Road by Juan O. Savin 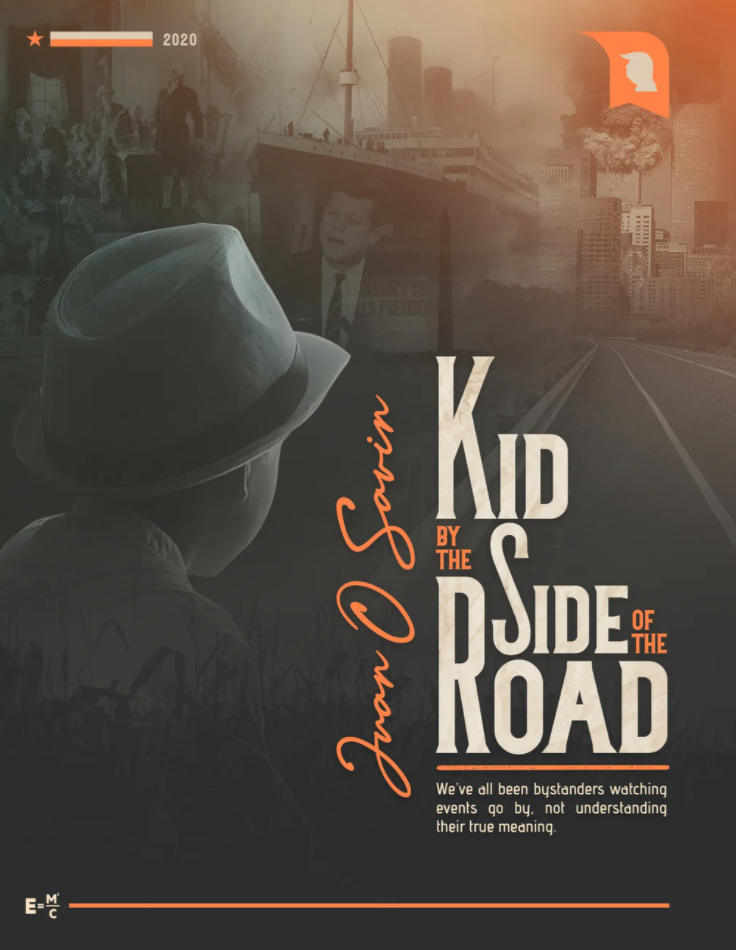 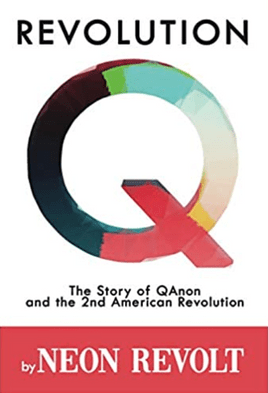 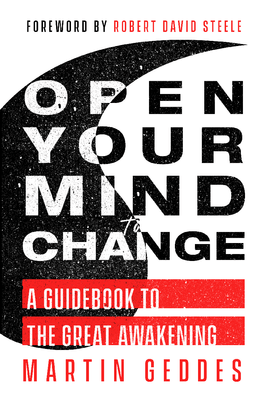 Q: Inside The Greatest Intelligence Drop In History by Paul Furber 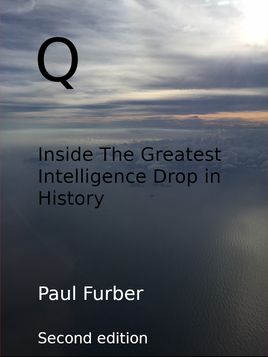 A User's Guide to The Great Awakening by Curtis Rock, Andre Van Delft and Alan Lovejoy 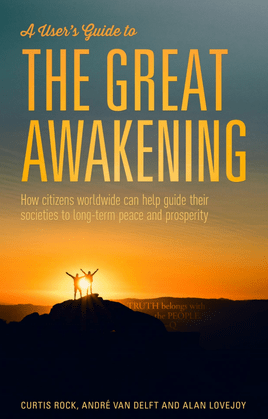 There are hundreds (possibly thousands) of articles about QAnon out there, all journalistically similar, all negative. I challenge anyone to find a mainstream news piece, especially one that comes up on the top pages of Google search, that reports on Q and QAnon without using any of the following negatively biased words: 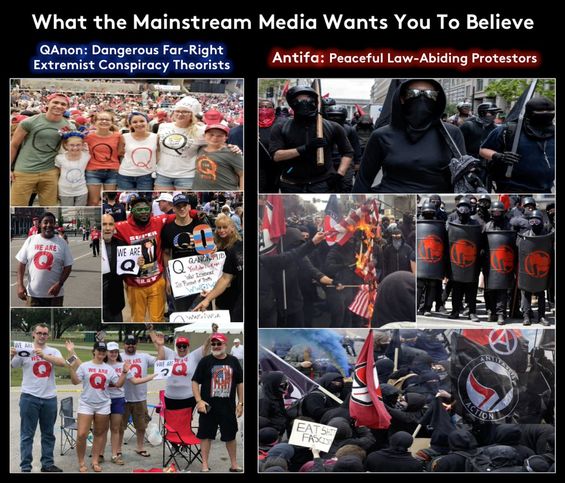 Q and the #WWG1WGA Movement is worldwide